Hello! This is a space that consists of my perspective. It is a window into my world as someone who holds many identities. Within this space, I hope to educate others and provide a perspective that others can learn from. This space is typically uninhabitable, but this site is a spacesuit designed to let you temporarily reside in it. Please, enjoy the journey.

FDB They/Them Currently a Production Manager at Blueprint Coffee. 24/7 dream-haver. Spends time: writing, thinking, reading, and learning. Values: effectiveness, organization, ideas, vulnerability, and authenticity. If we each strive to be our best selves, the world will be a better place. We are better together. Invest in yourself. My patronus is a dragon. Contact me at: forgottendragonbite@gmail.com Find my writing at: www.forgottendragonbite.wordpress.com Attend my streams at: www.twitch.tv/forgottendragonbite 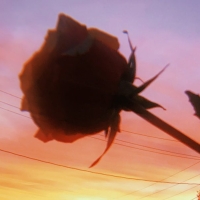 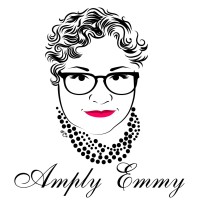 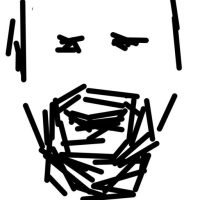 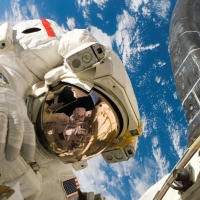 Everyone has a different level of balance that they need in life. A certain equilibrium (I love this word). A homeostasis (another good word!). It is individualized. No two are the same in all aspects.

This balance has several facets. Work and play, sleep and wake, a balance of the senses. As this week began, I faced a challenge to my balance. Last weekend, I started my second job working an event as a server at a catering company. It went really well. It was full of anticipation and nervousness as to be expected when you’ve never served or waited on a table in your life. I started out the night, figuring out how the uniform goes together and passing wine (apparently asking for help goes a long way!). Then, the serving began. It was a bit hectic feeling, but ultimately, I survived. I drove home exhausted, hungry, and sore.

As a result, I was out of whack in the physical sense. I felt so sluggish. Leo was fine with it because he loves to cuddle and be by my side. I found it so hard to wake up and stay awake, often feeling like I could just fall back asleep. It didn’t help that I went to a birthday party for the 2-year-old that I nanny out in the heat the next day. But it did help to get up and out to Starbucks for a meet up with a friend. Coffee definitely has helped, and I’ve now stayed awake long enough to properly sleep.

This week began with my first week nannying for 3 days, which will be my schedule this school year, as well as another event this Saturday. It has been a big increase in work on top of maintaining therapy and a social life. I just hope that I will be able to find a new balance with this change. As I’ve said previously in this post, stability is a huge thing for me.

If you were to ask my mom if I handle change well, she would probably say that I don’t, especially last minute changes. This change isn’t last minute, but it is drastic. Going from one day a week of work to 4 days is a huge change for me. It is enough to throw off my balance, and I’m sure some of you can relate.

As I’m now through the nannying, and only have the event tomorrow, I feel like I’ve survived my first week. It’s not over yet, but I feel like the endurance part of it is over. Now, it’s just the sprint to the finish and the recovery to do it all again next week.

I want to take a moment to draw a parallel to this new job. It’s a parallel I tangibly felt while working. My first event was a wedding (and this next event I am scheduled for is also a wedding, and I feel like most events will be). It is a very weird feeling to be at a wedding but not participating in the festivities of it. To be sort of detached, but needing to interact with it. You feel so impersonal, in contrast to the intimate and personal event that is a wedding. It reminded me of when I did Honor Guard during training.

For those of you who don’t know what Honor Guard is: It’s where you perform military honors at a funeral for a fallen soldier. This involves pall-bearers, gun salutes, and a bugle. I was cast as a bugle player, and attended funerals for the week that we participated in it. Attending a funeral for someone you’ve never met, connected by service, but nothing else, it’s a surreal feeling. You participate in it, are an active part in the proceedings, but the emotionality and deep feelings aren’t there. You are sad, respectful, but overall have such a shallow attachment to the event. You witness loved ones receiving the flag, carefully folded by the Honor Guard, and the hurt and pain that they feel. Yet, you are detached. A wedding, can be quite the opposite kind of proceeding. Full of joy, laughter, and drunkenness. Yet, you are collected, jovial, and respectful of the celebration. It’s another kind of balance in a way. A balance of participation and feelings. It would be wrong for me to join in on the merriment, wrong of me to break down in sorrow, only because it would seem imposturous. I am there to serve, to facilitate the intimate gathering. There requires a level of removal, as well as inherently evokes it.

I feel compelled to share with you an early memory of mine that help set me up for success in this balance. In the KinderCircus, a circus performed by the kindergarteners in which we were cast for certain roles to perform in, I was cast as a tightrope walker. I wore a leotard and a tutu if you can believe it.

Note: I’ve contacted my mom for a picture (and will look in my possessions as well). I’ll edit this later to include one if we are successful!

The job involved me balancing and walking across a square wooden pole laid out on the ground. The crowd would rejoice when we made it or feel our disappointment when we misstepped. To be honest, I don’t really remember if I was all that nervous, I imagine I was. I’m sure I may have misstepped once or twice, and got right back on to continue. I eventually made it across and the show moved on to the next act. A good practice for balance, who knew it would be so relevant almost 20 years from then!

I hope you’ve found balance in your life. When the rope changes, or it feels like you’ve lost your balance, it’s important to get back on that rope and find your balance again. Keep moving forward.

FDB They/Them Currently a Production Manager at Blueprint Coffee. 24/7 dream-haver. Spends time: writing, thinking, reading, and learning. Values: effectiveness, organization, ideas, vulnerability, and authenticity. If we each strive to be our best selves, the world will be a better place. We are better together. Invest in yourself. My patronus is a dragon. Contact me at: forgottendragonbite@gmail.com Find my writing at: www.forgottendragonbite.wordpress.com Attend my streams at: www.twitch.tv/forgottendragonbite View all posts by forgottendragonbite

Living life with a chronic illness is definitely not easy. But I do my best to push through all the barriers this illness puts in front of me! In my heart and mind, I believe maintaining a positive outlook on all situations in life will carry us through to much better times! I hope you find the information that I provide both helpful and inspirational!

Writing On the Go

transitioning from :/ to :D

feminist trash punk for your face

Life, style and views as a fat, fabulous, 50-something woman

always searching for that bright light to hold on to

Our World in Data

on being resilient when it feels like a crapshoot

The Art and Craft of Blogging

The latest news on WordPress.com and the WordPress community.